From a review in the Welland Tribune of the world
premiere performance of "Adagio for Strings":

Adagio for Strings was the first piece [Mike] Roberts wrote after he left the corporate world to compose full time and reflects the serenity he found on coming to live in the Niagara area. The mellow, expressive work, firmly in traditional mould, begins with a long phrase of sweeping notes and flows in an extended motif on one melodic line. With gentle harmonic colourings, fluid modulations and a calm ending, which slides off into the distance, the piece evokes the region's flourishing harvests and is quietly reminiscent of music by such early twentieth century British composers as Frank Bridge, Eric Coates and Albert Ketelbey.

From a feature article in the St. Catharines Standard:

After listening to some of Roberts' work, [Hamilton Philharmonic artistic director Michael] Reason called him to discuss the possibility of working together.

"He is very talented," Reason said of Roberts. "He has got a lot to offer and has been very creative about pursuing his music." 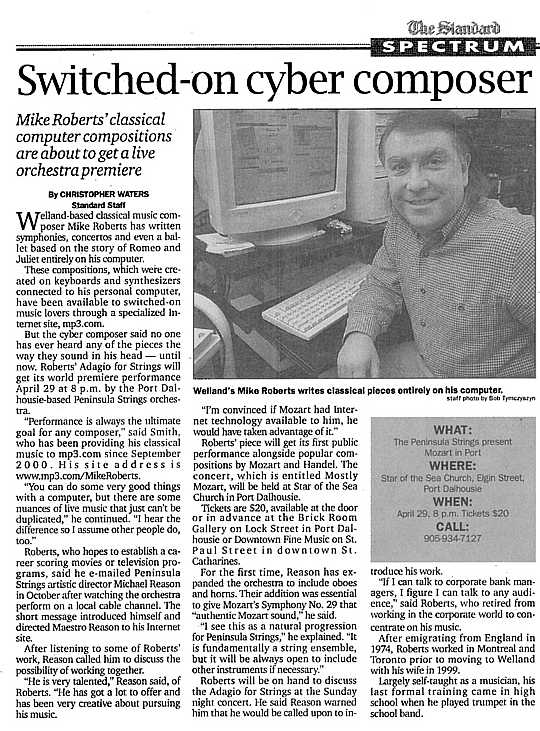 From a feature article in the Welland Tribune:

[Mike] Roberts' music, while not strictly programmatic, is pictorial and impressionistic, creating a sense of place or mood through soundscapes or images in music ..... Last year he began to write pieces inspired by the Canadian landscape, pieces which are indicating originality of composition and musical thought 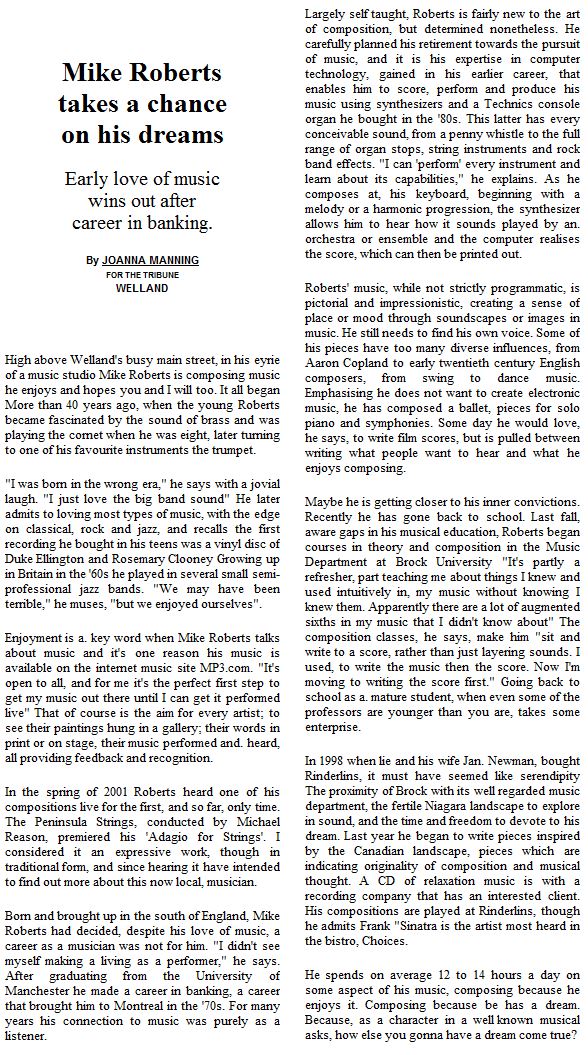 From a review of "Adventure Symphony" by
The Gods of Music:

Mike Roberts is a wonderful composer, has a studio above his restaurant in Canada, If his food is as good as his music, we'd all be fat as cows ! This suite of movie themes is like the best of different movie themes & accompaniment, It starts out, sinister, slow, then kicks in, & back down a notch then it become frenetic, then it opens up like a majestic flower, climaxes then climaxes again & ends...that's the short hand view of this amazing piece..